Specialty Programs have an on-site Resident Director (RD) who leads the USAC office abroad and manages the overall operations of the program. Together with the on-site program assistant, they are responsible for student housing, hiring top-level faculty, internship placement, organizing field trips and optional tours, and overseeing the students' well-being and safety. The on-site staff meet the group flight at the airport and provide an on-site orientation.

Sebastian Bombi, a native of Uruguay, is the Resident Director for the Montevideo, Uruguay and La Habana, Cuba programs. He has worked for USAC since 2003 as part of the program staff in Costa Rica. In 2013, he became the RD for Cuba before also becoming the RD for Uruguay. Sebastian is based permanently in Montevideo and splits his time between Uruguay and Cuba when Summer and January programs are in session. Sebastian holds a Masters of Business Administration from Universidad Castro Carazo in Costa Rica. Program Assistant, Orlando Santana, has worked for USAC since 2013 and holds a Masters degree in Telecommunications from the Technological University of Havana (CUJAE), La Habana, Cuba. He lives full-time in Montevideo during the semester and travels with the group to La Habana during the summer session. 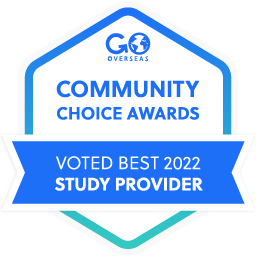