Due to the global health crisis, we are offering our Global Perspectives online courses and virtual internships for fall 2020. Our new Spring Accelerated Program is also accepting applications. Learn more about these programs, including deadlines, program fees and more.

Located at the southwestern tip of South America, Chile is bordered on the north by Peru, on the east by Bolivia and Argentina, on the west by the Pacific Ocean, and on the south by Antarctica. Chile's west coast stretches 2,650 miles along the Pacific and the country's average width is only about 100 miles, making it possible to travel easily from mountains to seacoast in a couple of hours.

Chile is a land of extremes. To the north lies the desert possessing great mineral wealth. The central area supports most of the country’s population and agricultural resources. Southern Chile is rich in forests and grazing lands and has many volcanoes and lakes. The southern extreme is a labyrinth of fjords, inlets, canals, twisting peninsulas, and islands. The entire country is framed by the presence of the Andes Mountains. Numerous islands in the Pacific Ocean belong to Chile, including the Juan Fernandez Islands where Alexander Selkirk—the model for Daniel Defoe's Robinson Crusoe—was marooned, and Easter Island, the site of a mysterious and ancient Polynesian culture.

Chile’s population is predominantly urban. The largest population group is of Spanish descent, with important numbers of Arabic, Jewish, German, Italian, Croatian, Korean, and Chinese immigrants. The most prevalent native families of Chile are: Aymaras, Licanantay or Atacameños, Rapa-Nuis (Easter Island), Mapuches or Araucanians, and Kawazkar.

Chileans have long distinguished themselves culturally as many artists have been leaders in their disciplines. Two Chileans have been awarded the Nobel Prize for Literature: Gabriela Mistral in 1945 and Pablo Neruda in 1971. Other important figures in the arts include the writers Nicanor Parra, winner of the 2011 Cervantes Literature Prize, and Roberto Bolaño, the singer and artist Violeta Parra, the painter Roberto Matta, photographer Sergio Larraín, and best-selling author Isabel Allende.

Since Chile is located in the southern hemisphere, seasons are the reverse of those in the United States. Winter begins in June and lasts until September. This season is marked by colder temperatures (normally between 20° F and 50° F) and well-known ski resorts such as Portillo, El Colorado, La Parva, and Farellones are just an hour outside of Santiago. However, snowfall is very uncommon in the city. 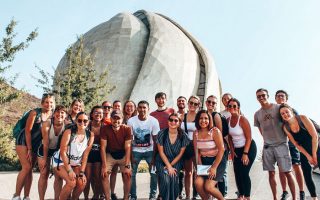 Reverse Culture Shock in a World Turned Upside Down 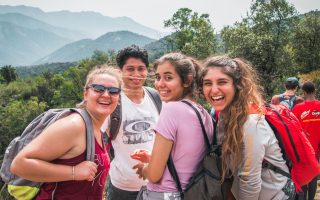 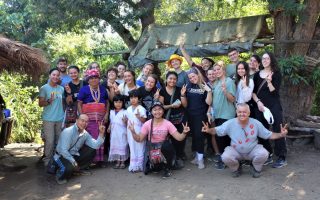 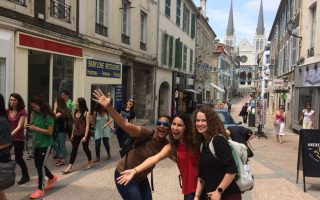 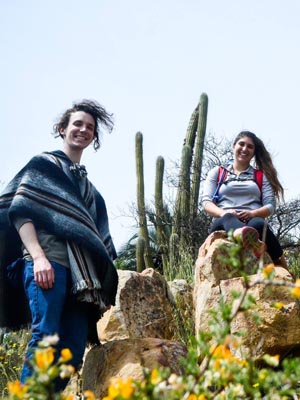