The Hawke's Bay program is a USAC partnership program. Learn more about on-site program elements and the city itself below.

Hawke’s Bay Province stretches along the eastern shore of the Northern Island of New Zealand. There are two major urban areas in the Hawke’s Bay region: Hastings and Napier. Less than twenty kilometers apart and commonly referred to as “The Twin Cities,” these two cities are often combined in official statistics. The Hastings-Napier district, often referred to as the “Fruit Bowl of New Zealand,” is nationally famous for being a region of food production, with an abundance of stone fruits, pome fruits, and vegetables. It is also the base of New Zealand’s red wine industry, making it the ideal location for students to intern in a variety of placements related to food and viticulture.

Being located in the Southern Hemisphere, New Zealand’s seasons are the reverse of those in the United States. The New Zealand program in Hawke’s Bay takes place during the summer months of the northern hemisphere which is the winter season in New Zealand. The winter weather in New Zealand can fluctuate daily but the region of Hawke’s Bay is known for its mild, temperate climate. 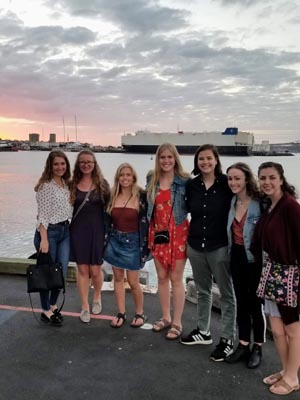 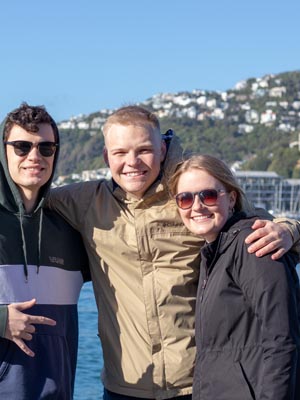